220 Schools In J&K To Get Smart Classrooms By March 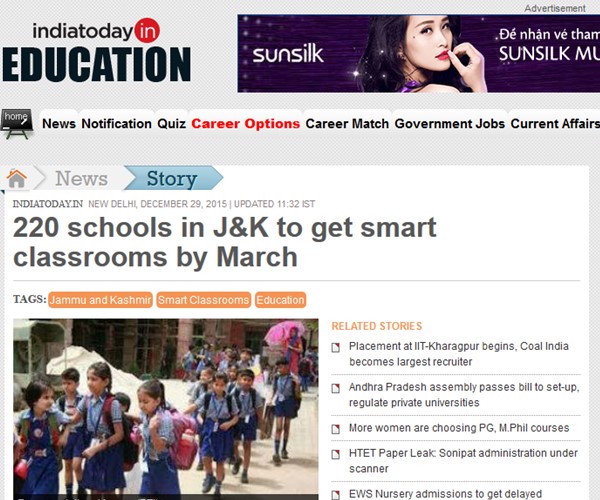 Jammu and Kashmir is going to come up with smart classrooms in almost 220 schools and vocational education in 132 schools by March next year. The announcement was made by the state government on December 28.  According to PTI reports, Minister of State for Education and Culture, Priya Sethi said, "The  schools in the state will be ICT-enabled. In the first phase, 220 schools across J&K will be covered under the programme by March 2016."

The ICT involves the use of computer-based teaching and learning in schools to prepare students for future challenges in the technological advancement. The Government of India has approved smart classrooms with computer labs for 220 schools of the state under the ICT in school scheme. The initiative is under Rashtriya Madhyamik Shiksha Abhiyan (RMSA) and Information Communication Technology (ICT) for smart classes. The Minister also said that the groundwork for the establishment of labs and smart classrooms has been completed and an MoU has been signed between National Institute of Electronics and Information Technology (NIELIT) and the State Project Director, RMSA. 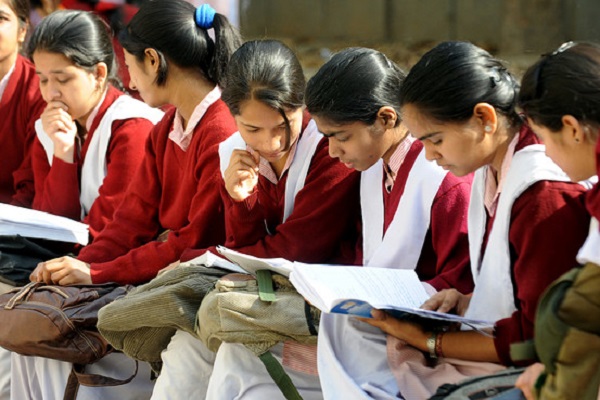 As far as Vocational Education (VE) is concerned, the Minister said, "GoI has approved 132 schools for the introduction of vocational education with two trades per school out of the following four trades, including Information Technology (IT/ITES), Tourism, Health care, Retail."


Sethi said, "The groundwork has been completed and an MoU has been signed between National Skill Development Corporation (NSDC) and the State Project Director, RMSA. The target will be completed by the end of March 2016."

The Minister said that the development of 144 model schools in the first phase has been notified. "An amount of Rs 6.40 crores has been allocated under Capex Budget 2015-16 for taking up minor improvement works in the model schools," she said.

On the issue of female hostels in J&K, she said, "100-bed girls' hostel scheme has been introduced by the GoI in Educationally Backward Blocks (EBBs) throughout the country. Out of the 97 EBBs in the state, 68 blocks have been qualified for the establishment of equal number of girls' hostels. As many as 39 in Kashmir and 24 in Jammu and 5 in Ladakh are to be constructed and the execution of the project has been entrusted to Roads and Buildings Department. The target for completion of this project has been set within one year," she said.