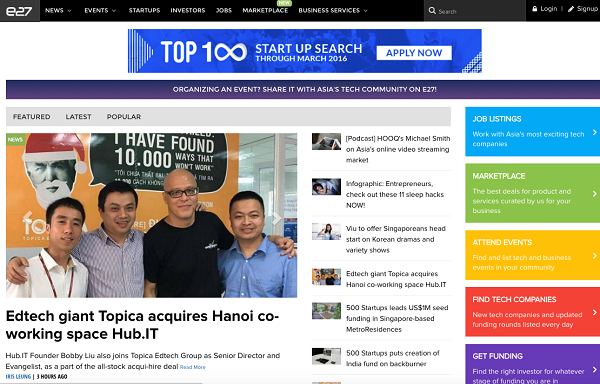 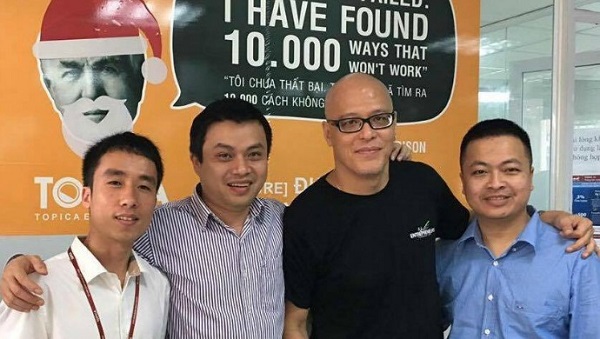 As a part of Topica’s mission as a community builder, buying up Hub.IT might be the signs of a new startup incubator in Hanoi. Founder and CEO Pham Minh Tuan alluded to this in an interview with e27 and said that they “have very exciting ‘Hub.IT 2.0’ plans moving beyond office space towards incubation, acceleration, venture building activities and expanding into other cities.”

Founder Bobby Liu was also included in the all-stock acqui-hire deal and he’ll be joining the Topica management team as Senior Director and Evangelist, while also supporting the Topica Founder Institute as Co-director. Liu has already completed his first week on the job.

“In the new role, I’ll be developing the incubation program, along with what Topica already has (ie. Topica Founder Institute). One of the roles will be an evangelist for the Topica Edtech Group — it’s a newly-created role but a neccessary one, as TEG is aggressively expanding across the region,” Liu told e27. “The key growth area will be the international markets and this is where my role becomes even more relevant.

He also shared in our interview that, while he’s a bit nervous to join a “corporation”, Topica has a strong startup mentality and culture, which has made the transition easier. The edtech company’s heavyweight programmes was another motivation for Liu to sell.

“The catalyst for my decision was after knowing about the two unique programmes within Topica, the 22 CEOs and Founder-in-Residence programmes. This clearly shows that this company cares about its development of talent from within and without, and at the same time — not losing the startup spirit and environment.”

Liu has been, for the past years, one of Vietnam’s most active evangelists and the new role seems to be an extension of what he’s already been doing alongside Topica.

“Bobby is a very well-respected figure in the Vietnam startup scene… he provided Hub.IT venues for our (Founder’s Institute) our events and sessions, brought amazing insights and networks, went out of the way to promote the TFI program and its startups without worrying about what he was getting in exchange. His genuine desire to help the community really impressed us,” said Pham, noting Liu’s altruism and vast netw

With almost 1,000 full-time staff (up from 500 last year), 1,400 part-time instructors and offices in Manila, Singapore, Bangkok, Hanoi, Danang and Ho Chi Minh City — it can be said that Topica has a wide influence in Southeast Asia.

Pham said that Topica’s strength lies in its community partners, as they currently work with VC firms, accelerators, event organisers, tech blogs, startups and co-working spaces in four countries. While he was vague in our interview, it’s likely that many more collaborations in the form of buy-outs/acqui-hires will be coming from the Topica front as they continue to expand regionally.

“There are many great players in the ecosystems in Bangkok, Jakarta and Manila and we hope to be able to partner and add value for all of them, with the end goal of helping the startup community grow,” he said.