HolonIQ(*) Mega Edtech Deals: Vietnam is in the Top 5 Countries to Receive Investments in Educational Technology

( CafeF ) According to the prestigious organization HolonIQ (*), Vietnam is among the 5 countries with the largest investment deals in online learning in 2018, behind China, India, and the United States, and on par with France. The mentioned deal is honored to be as an investment of 50 million USD in Topica Edtech Group.

On May 22-23, 2019, Topica Edtech Group's representative was invited to speak in front of nearly 200 investors at TechNet, Asia's leading technology investment conference held by Goldman Sachs Investment Bank in Hong Kong, China. Mr. Pham Minh Tuan, founder of Topica along with other speakers such as Ms. Maggie Wu, Vice President of Alibaba Group, Mr. Ming Maa, Chairman of Grab Group has opened up sharing about the potential of the edtech industry. All corporate attendees are technology leaders that worth tens to hundreds of billion dollars, or startups with the potential to become "billion dollar startup" (unicorn) in the next few years.

Goldman Sachs, the world's largest investment bank, said that they had eagerly wanted Topica's input as the business receiving the largest investment in online learning in Southeast Asia. Topica's capital size is 10 times higher than that of other peers in the region. The Vietnamese market as well as online education has a lot of potentials but also risks. Topica's experiences would be helpful for investment and technology corporations who are wishing to enter the playground. 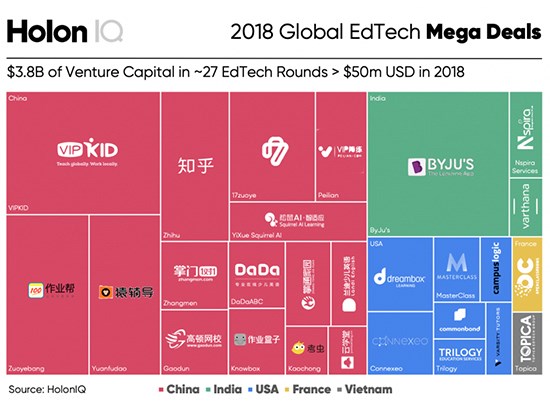 in 2018, bringing Vietnam into the Top 5 largest investment recipients in this field.

According to Mr. Pham Minh Tuan, one of the biggest challenges for Topica is to attract talents for its expansion to the US, Singapore, Indonesia, the Philippines, and Thailand and serve more than 2 million students who has paid their fees to study online. For example, in order to build a team of more than 200 Thai employees and nearly 1,000 lecturers in the Bangkok office alone, Topica had to implement a lot of programs to attract managerial talent and technology experts. The "Founder In Residence" and "Future Chief Technology Officer" programs inspired by Silicon Valley's leading technology corporations, "Future CEOs" and many other programs learned from multinational corporations such as Unilever, P&G or the world's leading banks such as Citibank, Goldman Sachs.

Topica incorporated with leading technology companies such as Facebook, Google, Amazon to organize annual "AI Edtech Asia Hackathon" events, which has attracted international technology talents to participate in building artificial intelligence solutions for education. A strong management team with more than 250 technology experts from the above programs working at Topica have mastered the latest technologies such as artificial intelligence (AI), virtual reality (VR / AR), robotics, adaptive learning, and emotion detection technology, contributed to bringing high-quality training programs to millions of learners around the world. 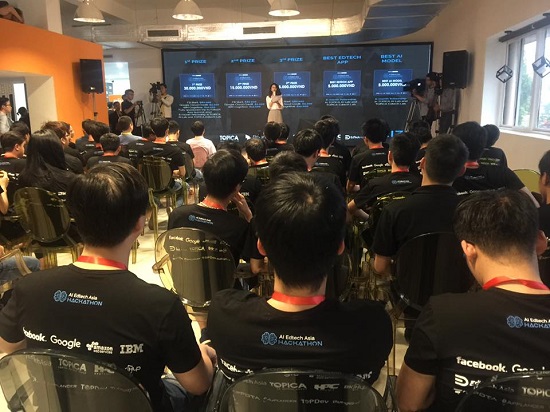 Is e-commerce still the highlight of the world map of investment?

Besides online education, many other topics also attracted the attention of the investors, such as E-commerce, depth technology (deeptech), etc. According to Ms. Maggie Wu, deputy general manager of Alibaba, this company will continue to pursue a strong investment strategies in three categories. Firstly, it is to constantly increase the size of customers, penetrating international markets including Southeast Asia. Second, to expand the company's products, services, distribution portfolios not only online but also offline channels. Third, to develop the latest technologies such as face recognition, personalization, recommendation algorithms...

With the attractiveness of the Vietnamese technology investment and startup market, from June 10-12, 2019, more than 100 international investors have attended the Vietnam Venture Summit investment seminar in Hanoi and Ho Chi Minh City, chaired by the Ministry of Planning and Investment and the Ministry of Science and Technology of Vietnam. Investors have pledged to spend 10,000 billion VND on Vietnamese technology startups over the next three years.