How Vietnam’s startup ecosystem will shape in 2015

There’s been many developments in Vietnam’s tech scene for 2014, including funding rounds and an accelerator program launch. What will 2015 look like? 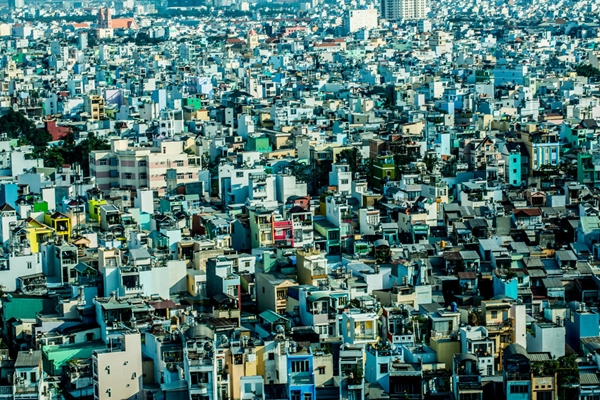 While attention was focussed on startups from Thailand and Indonesia in 2014, Vietnam quietly established its foundation and standing in the region.

This year not only saw big names such as Grabtaxi and Uber enter into the Vietnamese market, but a few homegrown startups also expanded out of the country. Appota made a substantial move into Indonesia while Peacesoft established a presence in Malaysia. A couple of startups had nice funding rounds and the Topica Founder Institutehad a record four startups pick up funding prior to graduation.

Despite early pessimism by VCs in the region, Vietnam’s startup scene is flourishing.

For an overview of the ecosystem, refer to the map below, V1.2: 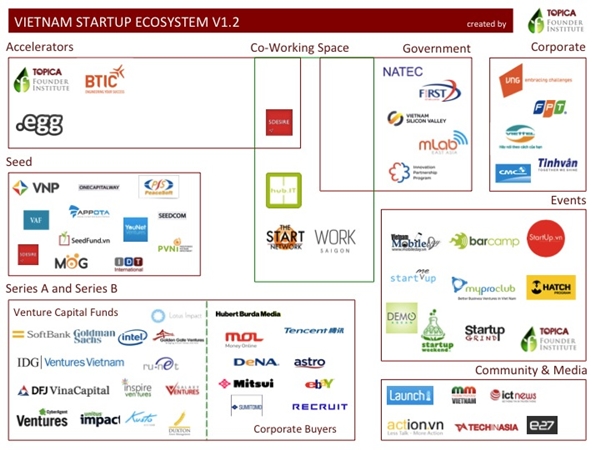 Vietnam’s scene is unique in that it actually has three major cities, Ho Chi Minh, Hanoi and Danang, that are active in growing the ecosystem. While it’s a well known fact that Ho Chi Minh City is the heart of commercialism, Hanoi is doing well and slowly gaining recognition for being the city to tap into tech talents.

Danang is also building its own niche in the ecosystem with Gameloft and Agility IO having a sizable presence. This is thanks to IBM’s multi-million dollars investment into Danang to transform it into a smart city.

There are of course issues that beset the ecosystem, such as a lack of transparency in policies and the government being slow to adopt various practices. However, with recent initiatives from the Ministry of Science and Technology, with the establishment of FIRST (Fostering Innovation through Research in Science and Technology) and funding from the World Bank, and NATEC (National Agency For Technology Entrepreneurship and Commercialization), we are indeed seeing some great forward movement momentum.

Here are some basic statistics about Vietnam:

1. It has a population of more than 90 million, and a positive birthrate;

2. It has 3 major cities active within the ecosystem;

3. Urban population of Vietnam is around 30 million;

4. Internet penetration is at around 30% and and mobile subscription at around 145%;

For a more detailed outlook, please see the slides below, courtesy of Appota.

Vietnam’s startup ecosystem is indeed at the threshold of something huge. I am predicting great things from Vietnam in 2015: Perhaps an IPO? Maybe double-digit million funding rounds? The verdict is still out. With the year of the Goat beckoning, I leave you with this short clip to show what the future may hold: