(Forbes, June 16th) Mobile learning in Asia is on the rise, thanks to high smartphone penetration rates and sizable funding rounds led by foreign investors.

India was last year’s winner in terms of the largest number of education technology deals outside the US. With over 50 reported in 2015 and 18 already in the first quarter of 2016 (compared to just four in China), a CB Insights report thinks that the country will hit 60 deals by year-end. 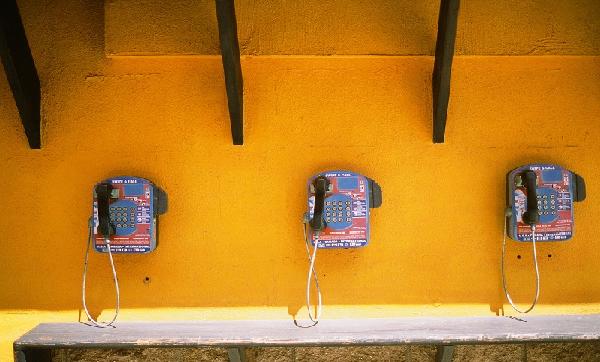 The largest of those was a $75 million investment from Sequoia India and Sofina into a mobile learning startup, BYJU — a learning app for Indian schoolchildren. Although it was BYJU’s sole funding round, they’re now India’s most well-funded edtech startup.

BYJU’s mission is to battle the “one-size fits all” approach due to unfavorable teacher-student ratios and to also facilitate a mindset shift in India’s schools. Students should be driven by their love of learning and not the fear of an impending exam.

How it works is BYJU creates a personalized, visual learning experience for students via mobile app which includes watch-and-learn videos, rich animations and interactive simulations developed by their in-house content team. At the time of the investment, the startup claimed to have had their app downloaded 2.5 million times with 120,000 paid annual subscribers.

Ichiro Miyazawa, a specialist in literacy and lifelong learning with UNESCO, thinks that the future will be full of content that is gamified. He echoed BYJU’s vision, that learning should be fun instead of viewed as a chore, which is a symptom of the current state of education.

“Right now, there’s only one curriculum for everyone. National curriculum is meant for 10 million people, which is totally wrong and that’s why so many people suffer and drop out. There’s a huge gap in terms of social and economic status — education is protecting this social reproduction (transferring social inequality from one generation to the next) and that’s something we have to change,” he said.

Besides running mobile literacy programs for migrant children in Myanmar, Laos and Cambodia, Miyazawa’s team has also developed apps to educate learners in Thailand and Indonesia on DRR (disaster risk reduction). One app in particular, “Sai Fah,” is a mobile game that teaches kids how to prepare and survive in a flood and Miyazawa claims it was the number one iOS education app (in the App Store) in Indonesia and Thailand.

Besides gamified apps which promote lifelong learning, Miyazawa also thinks that VR and the three-dimensional learning environment it brings is significant to the future of education.

“Right now, we’re developing simulation programs using VR so we can explain earthquakes, fires and they can have a realistic experience of what natural disasters are like. Virtually, they can go anywhere to learn,” he said. “When we talk about literacy in school, we learn history in textbooks. But by using VR, we can be right there and learning becomes realistic.”

The use of educational apps is on the rise in Asia’s mobile-first markets, especially for a very young demographic. In a Samsung-backed survey done by TheAsianParent with over 2,700 parents in five Southeast Asian countries, 98% of parents said they allowed their 3-8 year olds to use mobile devices for educational purposes.

According to Vu Van, the CEO of English pronunciation app ELSA, mobile learning trends in the emerging markets simply has to do with the lack of options. She uses her home country, her app’s test market, as an example.

“In Vietnam, people who come from a low income family might not have a computer at home but they will have a smartphone. So for them, it’s the fastest way to access anything in the world. Mobile learning is going to be big in the emerging markets because we don’t have any options or alternatives,” she said.

Van, who is currently building her startup in San Francisco, notes that while there are a myriad of options (of say coding schools) in the Bay Area — the only way to learn how to code in the emerging markets is likely through mobile. Turns out, the lack of options creates a huge opportunity.