MOOCs are Still Rising, At Least in Numbers

When one of the first massive open online courses, or MOOCs, appeared at Stanford University, 160,000 students enrolled. It was 2011, and fewer than 10 MOOCs existed worldwide.

It has been four years since then, and according to a new report, the cumulative number of MOOCs has reached nearly 4,000.

Compiled earlier this month by Dhawal Shah, founder of the MOOC aggregator Class Central, the report summarises data on MOOCs from the past four years. And the data show that even as the MOOC hype has started to die down, interest hasn’t tapered off.

The cumulative number of MOOCs didn’t break 100 until the end of 2012. But by the end of 2013 that number had grown to over 800. And today the number of registered MOOC students added in 2015 is nearly equal to the last three years combined.

“Introducing any kind of technology like this, it’s the novelty of the technology that people talk about initially,” said Richard A DeMillo, director of the Center for 21st Century Universities at the Georgia Institute of Technology. 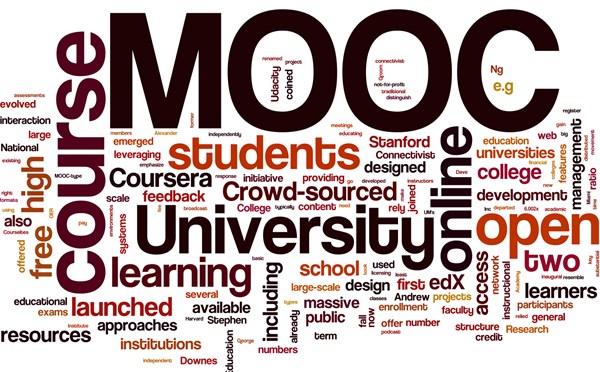 “If there’s value that’s going to be provided, there’s a slow and steady buildup. That growth curve tells you volumes about the number of people that are seeing value.”

Most of those people, the report says, are seeing value in similar kinds of courses: Introductory classes in statistics and computer science are among the most popular MOOCs of all time. Business and management courses — 17% of all MOOCs — also proliferate.

There is, however, one outlier: ”A Life of Happiness and Fulfilment”, sandwiched between “Marketing in a Digital World” and “Fundamentals of Management”, is the third-most-popular course added in the past year, at least according to interest shown by users of Class Central.

That course — along with most of the courses on the most-popular lists — comes from Coursera. In 2013 nearly half of all MOOCs came from Coursera, and in 2014 the company still offered about a third of MOOCs on the market.

The popularity of the top providers, Shah said, hasn’t changed much. “Coursera is the biggest one, and they’re still adding more courses than anybody else.”

Coursera and edX, two of the biggest MOOC providers, dominate the market. Coursera offers 34% of MOOCs, the report says, and edX comes in second, at 17%. After that, Canvas.net gets 7%.

“Coursera’s business model has been centred on rapid expansion of the number of partners they’ve had,” DeMillo said. Coursera has continuously focused on building market share and expanding internationally, he said. “EdX was slower out of the gate.”

But edX has focused on building its technology, he added, and the company might see that decision pay off in the future. “The more people get exposed to the technology,” he said, “the more institutions are going to be drawn to it.”

Shah has his own theory for why the big MOOC providers are so successful: the growth of credentials in online education.

"Credentials are what will be more sustainable,” he said. “That’s what the big providers feel. A lot of the new courses that are coming up are part of a credential. They’re not just random courses; they are part of something bigger.”