Last week, we reported that the Vietnamese government had incubated nine startups under the auspices of the Ministry of Science and Technology. This month, Topica’s Founder’s Institute, an accelerator based out of Vietnam’s capital Hanoi, is announcing its latest batch of twelve startups. 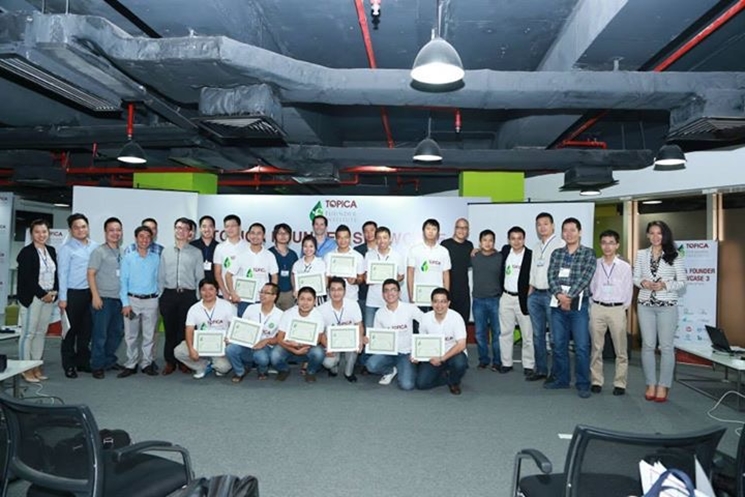 For those following Vietnam closely, new batches of startups are a ray of hope for Vietnam, which currently suffers from an existential crisis. To date, Founder’s Institute has produced quite a number of startups, the most notable of which is Appota, which raised a series B round this April.

The good news for this batch of twelve is that three of the startups have already raised a round of funding. We’ll let you read through the list first and let’s see if you can guess who the three are. Answer’s at the bottom.

+ NextTopEvent – An event ticketing service that would compete with Ticketbox.vn. Interestingly enough, there is another startup in the government batch announced last month with a similar idea. It seems many startups are following Ticketbox’s succes.

+ 9mix – Currently, this is a mobile app for women to share their favorite latest fashion items. Don’t get any ideas guys, it’s not panties. It’s dresses and shirts and stuff.

+ KlassJoy – This is a mobile app (unreleased) for childhood education. It allows students, teachers, and parents to interact with each other over mobile app.

+ vLance – This is a platform for freelancers to connect with potential employers. There are a few other startups in this space including Freelancerviet.

+ TinyGuu – This one might be a little creepy. It’s a tool for parents to manage and track the online content that kids are looking at.

+ ZinMed – Although the main site is already up, and it appears to be a quasi-WebMD for Vietnam, this startup is also working specifically on mobile apps for people to keep track of their health

+ UpLevo – This one’s almost like a branding consultancy firm for small businesses. Customers buy a full branding kit from the company for $29 and can create their own own branded and marketing materials.

+ Morbling – This one’s a mobile and games studio. Some of their artwork is pretty sweet. The company is now focusing on making even prettier 3D games for mobile. Sorry iOS folks, all their games are on Android.

+ iMap – This company is quite broad, but focuses exclusively on location data. The broad side of this company is that it builds custom location solutions for both consumers and for businesses.

+ Antoree – This is another education startup that has built a platform to bring tutors in touch with students online.

+ Beeketing – This startup describes itself as a marketing automation tool for online sellers. It basically tracks buyer behavior and upsells or resells to them based on the Beeketing system.

Scroll down to find out who the lucky three startups are! 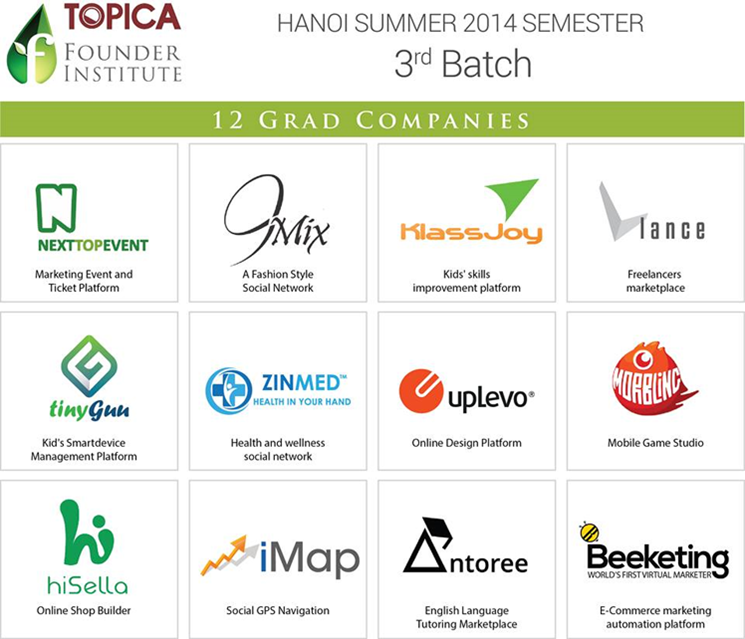 Alright…made any guesses yet? So, the three are vLance, UpLevo, and Morbling. Congrats to the three startups that already managed to raise a round before graduating from the program.