The best graduation speeches of all time: from Steve Jobs and Bill Gates

(Dantri, 13th January 2015) His life’s turning points from birth to death, the witty and deep opening about his mother’s message of helping as many people as possible, etc. made Steve Jobs and Bill Gates ’s speeches at the graduation ceremony be considered as the best of all time.

As a tradition of American universities, famous leaders are frequently invited to speak at the graduation ceremony of students every year. These speeches often encourage the graduates to believe in their dreams to be successful. But the most valuable advices are sometimes drawn from the most familiar, personal experiences.

The former founder and CEO of Apple began with an emotional story about the disappointment occured as soon as he was born.

“It started before I was born. My biological mother was a young, unwed college graduate student, and she decided to put me up for adoption. She felt very strongly that I should be adopted by college graduates, so everything was all set for me to be adopted at birth by a lawyer and his wife. Except that when I popped out they decided at the last minute that they really wanted a girl. So my parents, who were on a waiting list, got a call in the middle of the night asking: "We have an unexpected baby boy; do you want him?" They said: "Of course." My biological mother later found out that my mother had never graduated from college and that my father had never graduated from high school. She refused to sign the final adoption papers. She only relented a few months later when my parents promised that I would someday go to college.” 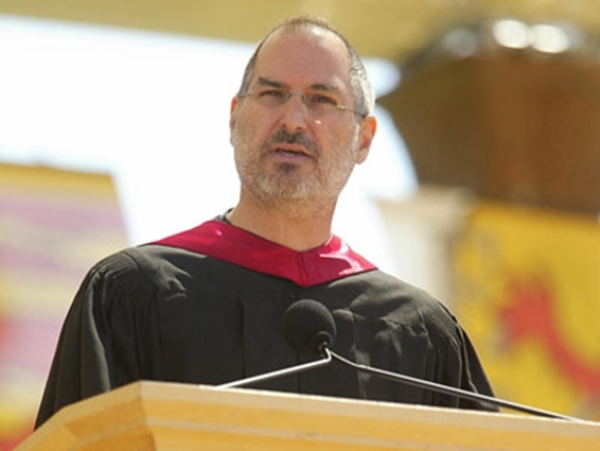 From that story, he switched to the philosophy of death, at the time he was diagnosed with cancer one year earlier. Through this he made incisive advices about how we should live for ourselves.

“Death is very likely the single best invention of Life. It is Life’s change agent. It clears out the old to make way for the new. Right now the new is you, but someday not too long from now, you will gradually become the old and be cleared away. Sorry to be so dramatic, but it is quite true. Your time is limited, so don’t waste it living someone else’s life. Don’t be trapped by dogma — which is living with the results of other people’s thinking. Don’t let the noise of others’ opinions drown out your own inner voice. And most important, have the courage to follow your heart and intuition. They somehow already know what you truly want to become. Everything else is secondary. ".

And he ended with saying which later became immortal: “Stay hungry, stay foolish.”

Talked about the time he dropped out of Harvard and made his parents anxious, and now received honored degree from the school, the former president of Microsoft began with a pretty lovely joke.

“I’ve been waiting more than 30 years to say this: “Dad, I always told you I’d come back and get my degree.”I want to thank Harvard for this timely honor. I’ll be changing my job next year … and it will be nice to finally have a college degree on my resume.” 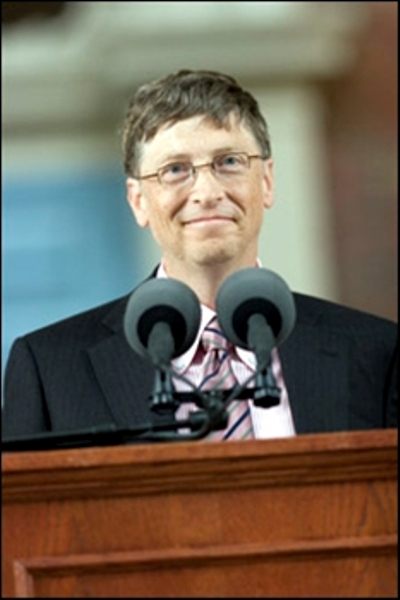 He then told a story about those early reckless days of deciding to build Microsoft, thereby implicitly encouraged young people to dare to think and dare to do.

“One of my biggest memories of Harvard came in January 1975, when I made a call from Currier House to a company in Albuquerque that had begun making the world’s first personal computers. I offered to sell them software.”

“I worried that they would realize I was just a student in a dorm and hang up on me. Instead they said: “We’re not quite ready, come see us in a month,” which was a good thing, because we hadn’t written the software yet. From that moment, I worked day and night on this little extra credit project that marked the end of my college education and the beginning of a remarkable journey with Microsoft.”

Like Steve Jobs, Bill Gates also shared the message of his mother, and thus reminded the young generation.

“My mother, who was filled with pride the day I was admitted here – never stopped pressing me to do more for others. A few days before my wedding, she hosted a bridal event, at which she read aloud a letter about marriage that she had written to Melinda. My mother was very ill with cancer at the time, but she saw one more opportunity to deliver her message, and at the close of the letter she said: “From those to whom much is given, much is expected.”

“And I hope you will come back here to Harvard 30 years from now and reflect on what you have done with your talent and your energy. I hope you will judge yourselves not on your professional accomplishments alone, but also on how well you have addressed the world’s deepest inequities … on how well you treated people a world away who have nothing in common with you but their humanity.”

More fortunate than Steve Jobs to have more time on this world, Bill Gates and his wife had spent the majority of their fortune and efforts to help millions of people around the world, as he had encouraged the students. Bill & Melinda Gates Foundation funded billions of dollars to projects that against diseases and projects that develop the global education. He pays special attention to the application of information technology and the development of online training; support organizations or programs like Khan Academy, Educause, MyCollege Foundation, EDX, University of the People, etc. In 2006, Bill Gates personally sponsored and attended an opening ceremony of an online training program in Vietnam, which was called TOPIC64 – former self of nowadays TOPICA EdTech Group.

Since then, TOPICA has been a leading online training organization of Southeast Asia, and is the first organization of Vietnam to export E-Learning technology abroad. More than 500 employees and 1,400 lecturers are enthusiastic with the desire to help millions of people to get access to high-quality teaching programs.