The Soaring Growth In The Global E-learning Market

(Skilledup, 22th September 2014) As a part of a quest to become what he terms a “21st century global manager,” Ankit Khandelwal earned his engineering undergraduate degree in Denmark. Then, wanting to continue his studies at prestigious learning institutions such as MIT or Yale, he returned to his homeland of India to find a world of learning opportunities at his fingertips. He quickly logged on and tapped into the power of global e-learning. 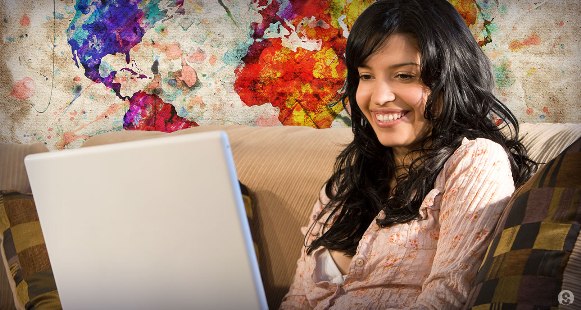 Khandelwal’s online education is currently being featured on the International Council of Open and Distance Education (ICDE) website. It truly underscores the growing appetite for e-learning throughout the world. From the comfort of his own desk, he completed courses in general management (human resources, business strategy, etc.) and future trends (urban planning, demographic changes, environmental law and policy and disaster preparation.)

Khandelwal’s ability to enroll in impressive programs such as from MIT’s OpenCourseWare, Open Education Consortium, Open Yale Courses, Open Learning Initiative-Carnegie Mellon University, Copenhagen Business Center and a variety of MOOC platforms, including edX, Coursera, NovoEd and Open2study was possible due to increasing commitment, interest  and partnering between government, education and other entities. It’s all part of a global effort to ramp up international e-learning infrastructure and outreach over the past several years.

“It’s almost as if there’s an arms race in online education,” is how TechCrunch described it, when reporting on Coursera’s global expansion last year. Other international moves by e-learning providers last year included  EdX adding six schools to its international roster and WizIQ launching India’s first free MOOC. WizIQ  currently boasts some 3.5 million registered learners in more than 100 countries thanks to this MOOC and its other global e-learning offerings.

Worldwide e-learning is expected to continue on its path of fast and significant growth. As outlined in the E-Learning Market Trends & Forecast 2014-2016 Report issued by Docebo, an e-learning solutions provider, there has been an inflow of an estimated $6 billion of venture capital into the worldwide e-learning industry over the past five years, driven not only by dot-com entrepreneurs but also by big corporations, for-profit spin-off ventures, as well as universities large and small. Worldwide e-learning revenues reached $35.6 billion in 2011 and, given an estimated five-year compound annual growth rate of 7.6 percent, investment is expected to grow to $51.5 billion by 2016.

According to Trends in Global Distance Learning, a report from D.C.-based Hanover Research, developing countries lacking the domestic capacity to establish their own educational infrastructure will be particularly attractive areas of growth for e-learning providers seeking global expansion. The Docebo report concurs with that assessment, noting that while the projected aggregate growth rate for worldwide e-learning market is 7.6 percent the highest growth rate is in Asia at 17.3 percent, followed by Eastern Europe, Africa, and Latin America at 16.9, 15.2, and 14. 6 percent, respectively.

There’s also the matter, of course, of a country’s sheer market size and potential. For example, the 2014 China Online Education Report, issued by consulting firm iResearch earlier this year, revealed that while there were 67.2 million online learners in China in 2013, this audience is expected to surpass 100 million by 2016. Interestingly, online education in China is still considered to be “in an exploratory stage.”

Perhaps even more significant is the oft-cited value proposition of e-learning; experts believe it offers an affordable, accessible route to educational opportunity and a chance for improved quality of life. This theory clearly resonates in emerging markets, according to Harman Singh,WizIQ founder and CEO.

“When someone joins a company (in India), they make about $800 a month. Five to 10 years into that career, he can draw a salary of $50,000, with the proper education,” says Singh. “That is a tremendous growth (that) will have a huge impact on their lives and the lives of their families.”

According to ICDE, cited in Hanover Research’s report, India has the one of the fastest rates of adoption for distance learning, partially as a result of legislation that ensures that a government or public sector employee who earns an online degree will benefit from an increase in both pay scale and pension.

Singh offers examples of two other countries where WizIQ sees growth potential — Korea and Saudi Arabia. In Korea, he says, “Right from when a student is very young, even before high school, you can see kids in the city at midnight coming back from tutors. Students in Korea go to school more for the social interaction than to learn, believe it or not. When they come home from school and work with their tutors, that is when the real learning starts. Korea also has really great internet speeds. They are number one in the world.”

And in Saudia Arabia, much of the interest in online ed is driven by women. Singh explains that “women are not as free to move around as they are in other countries. So what we observe is a lot of women taking online courses because it is easy for them to do,” he says. “Our website isn’t even in Arabic yet, but we are seeing lots of requests and enrollment.”

Further, cultural differences also pose challenges. “There is some reluctance to some of the components of education that we value in the U.S., particularly the engagement of students,” says Ray Schroeder, director of the Center for Online Learning, Research and Service and professor emeritus at the University of Illinois in Springfield. “Asian students, for example, are not used to the discussion-based model of learning or the use of discussion boards. They are much more comfortable with lectures and quizzes.”

Still, comfort level with e-learning’s interactive, collaborative style is expected to evolve quickly in the coming years. Jason Levine, a WizIQ instructor and ambassador, points to how his young son currently plays games online with people from all over the world, noting that for his son, and others in his generation, global interaction is the norm.

“I don’t think it’s an exaggeration to imagine that future generations will say, ‘Did you really go to school in a small class, where you all met in one room, had one only teacher, used paper books  — and closed the door to the rest of the world?’”