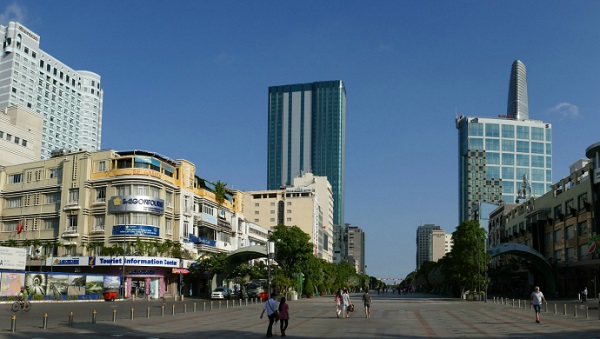 According to Boston Consulting Group, Vietnam is the fastest growing middle class in Southeast Asia. The World Bank has ranked it in the 78th place in its “ease of doing business index” and many young Vietnamese go to study abroad and return with valuable entrepreneurial knowledge and understanding of Western markets.

With a population of more than 90 million people, internet penetration rate of 30 percent, mobile subscription of 145 per cent and young and talented developers, the country holds great potential. Foreign and local investors have started to notice and pour money into it and it is quickly becoming one of the more intriguing startup scenes in the region.

Although Vietnam has many legal and political challenges, it managed to grow huge and successful companies such as VNG, its first unicorn, VC Corp, valued at US$125 million and Vat Gia Viet Nam JSC, valued at US$75 million. These estimations are from 2014 and we can assume that they have only risen since then.

The estimated number of startups in Vietnam fluctuate between 1,400 and 3,000 startups, making the country the third largest ecosystem in Southeast Asia, only behind Singapore and Indonesia.

The startup landscape in Vietnam saw 67 investments in 2015, a 130 per cent increase over 2014 which had 28 investments. The data is from a Topica Founder Institute (TFI) report, a local incubator. It also claimed that 25.8 per cent of these deals were seed round funding, mainly provided by foreign investors.

One of the most challenging aspects in covering Vietnam’s startup scene is its lack of transparency. There are various reasons for this, but the fact is that many funding round sums remain undisclosed, thus making it harder to understand the extent of success of this scene.

This is not common among other startup scenes we’ve reviewed that feel the need to share their ecosystem’s success and create further opportunities from it.

There is still lots of work that needs to be done for this scene to develop further, but it’s getting there. To help startups, investors, and potential business partners navigate their way through Vietnam’s burgeoning startup scene, and inspired by the Israeli crowd-sourced startup list created by Eden Shochat, we’ve created an open source document – a database, if you will – detailing funding rounds and exits, VC management firms and accelerators, angel investors along with their contact information, and what kind of opportunities they’re looking for.

We hope this list will be useful to investors and startups as well as to individuals all over the world looking for an entry point into the Vietnamese startup scene.